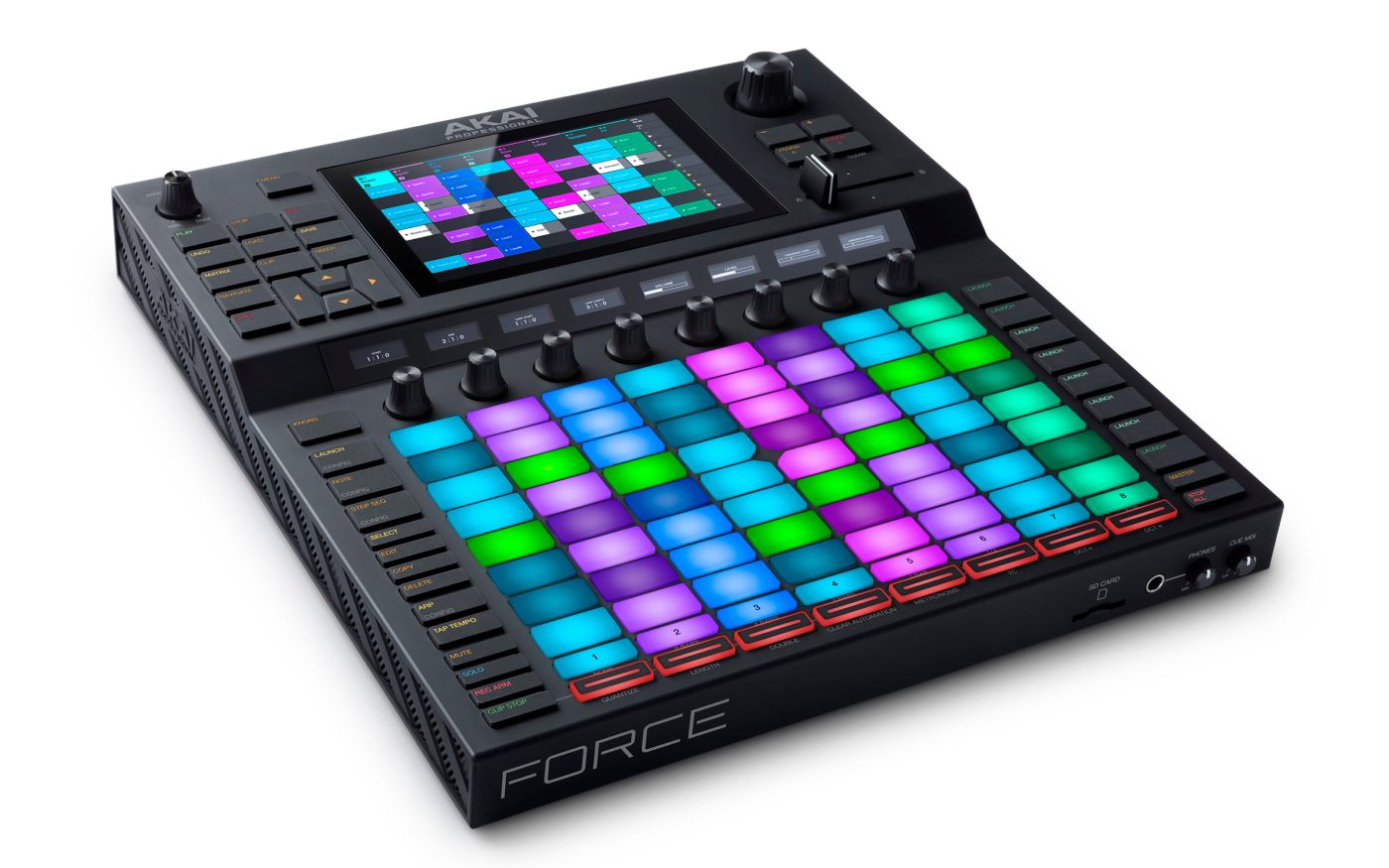 A little rumor started floating around the web as someone noticed a federal patent filed for a new standalone MPC-style machine called the “Force” which appeared to be an amalgamation of a traditional MPC standalone unit and a grid-based clip launching unit like the Ableton Push or Novation Launchpad series.

Well the rumor proves to be true.  This morning we were treated to several videos demonstrating the new machine ranging from quick promo ads to full on 18-minute long instructional videos with clear demonstration of the plethora of features packed into this little box that joins the ranks of Akai’s MPC Live and X released in 2017.

Some of the highlights include the 8 touch-sensitive knobs with little OLED displays          (much like ones found on the PUSH and the large AKAI MPC X), 64 RGB touch sensitive 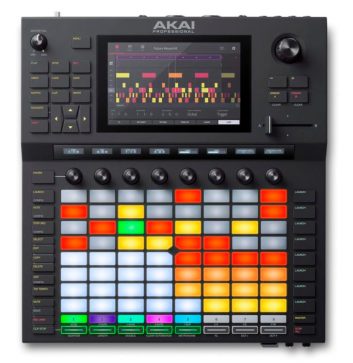 pads, USB 3.0 host ports for MIDI controllers and Flash drives, XLR/TRS combo jacks with gain staging, and like the new MPC series, the option to expand the memory with an onboard HDD/SDD receptacle.  Just like the MPC Live, they included the 7″ Touch LCD, but thanks to the generous amount of buttons (and hopefully generous amounts of shortcuts) most of the important features should be addressed via hardware instead of the dreaded screen tapping.  Don’t get me wrong, multi-touch LCD’s like the kind on my iPad can do great things, especially when editing, but when it comes to live performance, nothing beats the tactile feel of metal, rubber and plastic.   They are also including the built-in synthesis plugins (Tube Synth, Bassline, and Electric) that just hit the MPC series a few months ago.

This all leads me to the last big bonus of the Force; Ableton Live integration.  Early reports indicate a full-fledged control aspect when using the Force with Live 10.  Here is what Akai has to say about it:

Akai went on further mentioning the integration of “Splice,” a huge repository of samples that are accessible directly from online servers via Force’s built-in WiFi.  For those that crave a mountain of fodder for their sample based music delights, this offers a quick and efficient way to browse and audition a vast collection that claims to cover nearly every musical style.

So in summation, it looks like what we have is an Ableton Push with a slim downed (but not weak) version of Ableton Live built into a standalone hardware unit. This should really grab the attention of the “DAW-less” folks who just simply prefer not to work with a traditional laptop/pc of any kind.  But it will also appeal to the more ITB, software junkies out there to thanks to the Ableton integration feature.  I find myself on both sides of the Hardware-only vs Laptop user camp as both have a significant role in my music making.  I prefer to write (and usually perform) with hardware-only rigs but to record and produce an album, single, or jingle, I simply can’t go without my Macbook Pro and Logic X/Ableton 10 with a ton of great plugins.   If the Force truly delivers on it’s promises of being a standalone monster while also playing extremely nicely with Ableton, it seems like the perfect tool for musicians like myself who bounce between both worlds regularly.

Check out the specs below and also check out the video as well as the link to the full series of tutorials.